How I found support and acceptance in my Rotary club 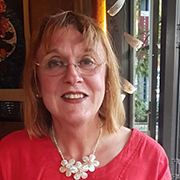 When I made the decision to come out as transgender to my Rotary club, my wife and I were worried that we would be shunned by our community and lose many of our friends, including those in the Rotary club. It is common for transgender people to lose half their friends and half their family when they come out. But we couldn’t have been happier with the acceptance and support we received from club members.

Like most transgender people, I realized quite early on that something was not right. I didn’t quite fit where people were trying to put me. When I was three or four, my mother caught me parading around in some of her dresses. It was made clear to me that this was not a good idea. She took it as a childhood prank, but looking back, I can see it was probably a lot more than that. I took everything underground after that, but it was there all the time.

I knew my girlfriend was the one for me when I was about 21. I didn’t have the words back then to tell her I was transgender, but I did alert her to the fact that I was different in that way. Later, we got married, and I always had my own stash of women’s clothing and makeup at home. My wife and I sometimes traveled together in the U.S. as a female couple. 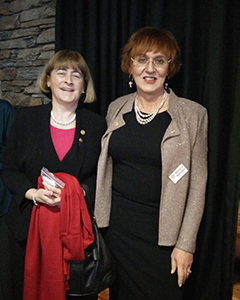 My wife and I have been members of our Rotary club for more than 15 years. She was the first female president of our club and only the second female governor in our district. We had been planning for me to come out for a year or so … and each time the deadline approached, one of us would get cold feet and we would postpone it. We decided that I would approach the current president and the incoming president. We sat down for coffee and with much trepidation I explained the situation. There was no hesitation from either of them about supporting me.

It was decided that I would write a letter to the club explaining my situation. Soon after, the club had a barbecue. We didn’t attend, but the president read the letter and at the end, instead of a stunned silence there was an outbreak of applause.

Many of our non-Rotary friends had expected club members, if not the club as a whole, to give me a hard time. I can honestly say that I have never had a negative or snide remark from any of the members. They made me exceptionally proud of them all. So much so, that when they were looking for a new incoming president; I put up my hand and was unanimously accepted. I served as president of the Queenstown Rotary Club in 2017-18.

In the final stages of my presidency, I held a Rotary/LGBT Information Exchange meeting where I invited members of the LGBT community in Queenstown to come to our Rotary meeting and tell us what it is like being an LGBT person in our community and how we, as a Rotary club, could help them. This brought the whole LGBT situation out in the open and allowed members to ask questions. The meeting was a big success.

My advice on inclusion and diversity is to have a meeting where you invite the LGBT community and let members ask the questions. It is hard to hold a prejudice when you understand somebody’s story!