How to be innovative with People of Action campaign 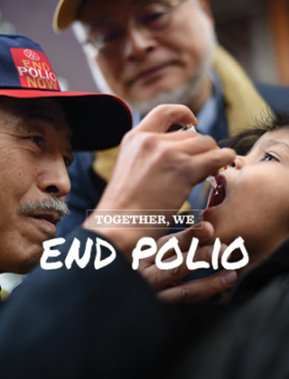 People of Action campaign assets are available in the Brand Center.

Faced with a tight budget, many district leaders think there is little room in their spending plan for discretionary items like People of Action ads. The campaign is designed to increase awareness in Rotary and our humanitarian efforts. The desired result is membership growth, which ultimately grows dues and our budget. So isn’t it ironic that it is among the last things we tend to fund?

Confronting the same dilemma, we searched and found an alternative that not only funded a public image campaign, but made a profit we could use elsewhere. We produced a Rotary supplement which was inserted into the Sunday Orlando Sentinel reaching 114,000 homes. And we paid for it by selling advertising.

An eight-page supplement with a social media component cost $6,500. We priced advertising to support that with rates that were still half of the newspaper’s published rates. We quickly realized eight pages was not enough. An additional four pages only cost $500 more, less than what we were charging for a quarter-page ad.

Ultimately we ended up with 16 pages at a cost of $7,500. We included stories about Rotary, including our effort to eradicate polio. We included stories about Rotary Youth Exchange and Rotary Youth Leadership Awards written by students. And we had much more. We encouraged clubs to give us stories by giving them a half page of copy with each half-page ad purchased to give readers a flavor for what we do locally.

The advertising we sold generated $12,000, resulting in a $4,500 profit. We used that in part to fund a People of Action series of four ads in a local magazine in conjunction with a story the magazine ran about a very successful anti-bullying program we had developed.

By being innovative and thinking outside the box, we became the people of action our campaign promotes.

As a final aside, normally the only time a district governor’s email is quiet is on Sunday morning. But not that Sunday. My inbox was flooded with emails from fellow Rotarians, all with the same message, how proud they were to be a Rotarian after seeing the supplement.

Find People of Action assets in the Brand Center.