The secret to increasing club giving 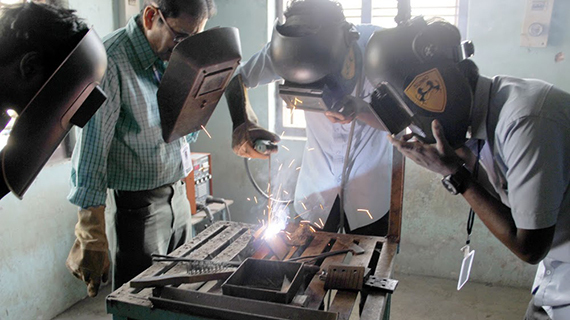 Flood victims in Kerala, India, receive job training under a global grant by the Rotary Club of Kalamassery. The $100,000 grant project benefited 500 families. N. Bhaskaran Pillai used examples like this one to encourage members to give to The Rotary Foundation.

When I became treasurer of my club last year, I learned through Rotary Club Central that only 25 of our 39 members were Paul Harris Fellows (PHF). I also saw that our club had transferable Foundation Recognition Points that had been lying dormant for several years.

I saw an opportunity to rally our club around an effort to earn a 100% Paul Harris Club recognition using these points and collecting affordable contributions from members who were not yet PHF. 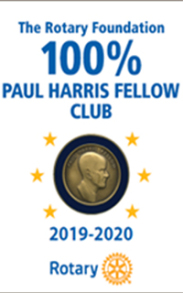 Not everyone was as excited as I was, but our club president was supportive and offered to help. He gave me five minutes to speak at each meeting, and I used almost every one to talk about the many reasons we should give to the Foundation. That part was easy since I have a stockpile of at least 51 examples of the Foundation doing good work around the world.

Through December, our club focuses on raising money for local projects. But after that, I turned my focus to raising funds for the Foundation. I began contacting the non-PHF members to encourage giving. Three of the 14 had been PHFs with their previous clubs, so we just needed to get their credits transferred to our club.

Out of the remaining 11, I discovered that four never set up an account with the Foundation! One long-time member openly said he would never give to the Foundation, and that he only donates to our club funds. But when I explained how, through a global grant, we were pursuing a $100,000 project with only a small amount of club funds, he readily agreed to start giving.

In January, five members came forward with contributions and our club matched with recognition points. A regular contributor also agreed to transfer some of his unused recognition points, so our club didn’t have to deplete all of ours. Our president was happy to come along with me as I visited the remaining non-PHF members at their homes and phoned another, winning them over with many convincing examples of the Foundation’s impact and accountability.

First in the zone 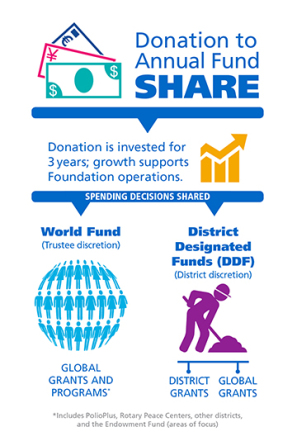 On 5 March, we received official confirmation from Rotary International that we were a 100% Paul Harris Fellow Club, the first in our zone to earn this recognition this Rotary year and first in the District for almost two years. We were also able to earn the Every Rotarian, Every Year recognition, and the 100% Foundation Giving recognition.

Since the COVID-19 pandemic, clubs around the world have shifted to virtual meetings. This is an opportunity for clubs to use some of the savings on venue and meal costs to make contributions to the Disaster Response Fund, allowing the Foundation to support even more pandemic relief projects.

If you want to increase your club’s giving, and even earn a recognition like 100% Paul Harris Fellow Club, talk to your members often about the reasons to give. Share how Foundation-funded grants allow us to do good in the world. Collect examples that your club or district have personally been involved in. And that is the secret to increasing giving.

When every Rotarian gives every year, it makes Doing Good in the World possible. You can make an impact by donating to The Rotary Foundation today and support life-changing, sustainable projects in your community and around the world. (Note, due to the pandemic please make your gifts before 30 June to ensure your contributions are counted for club recognition banners.)