What the ‘together’ in Rotary’s vision statement means

Together, we see a world where people unite and take action to create lasting change – across the globe, in our communities, and in ourselves. 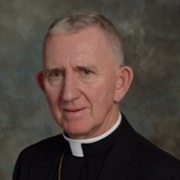 The word which defines much of our world today is division. We are divided in so many ways by race or creed, ethnicity or belief, by gender or age or sexuality. But the divisions have gone beyond mere realities and instead have become a source of dissention among us with the result that we have sliced and diced ourselves into smaller and smaller groups or tribes which only further exacerbate our  sense of alienation one from the other.

So what does it mean when our Rotary International Mission Statement begins with the word “Together.” Does together mean that we ignore the differences between us, pretend that they don’t exist, make believe that there never was any division among us? I don’t think so.

Rather what together says is that when we become part of this undertaking called Rotary, we intentionally set aside the differences we know exist and figure out ways to work together. We recognize and accept the differences, perhaps indeed celebrate those differences, for there is something beautiful in the wondrous variations among us. And together doesn’t mean that we pretend to agree with each other, for again there is something healthy in having different views and perspectives brought to bear on an issue.

But the intentionality of togetherness says that we are willing to put aside our differences and those markers which divide us. It says that is does not matter where we came from or what education we have or what experience we bring. When we are come together in Rotary it is not just service above self but Rotary first and the individual second.

Because unless we are willing to embrace and embody this understanding of “together” we will never be able to achieve our goals, serve our communities or change the world. On the card I had printed for my year as district governor in Rotary I put the phrase “Doing together that which we cannot do alone.” For it is only together that our work can be accomplished and only together that we will Connect the World.