Becoming a champion for Syrian youth 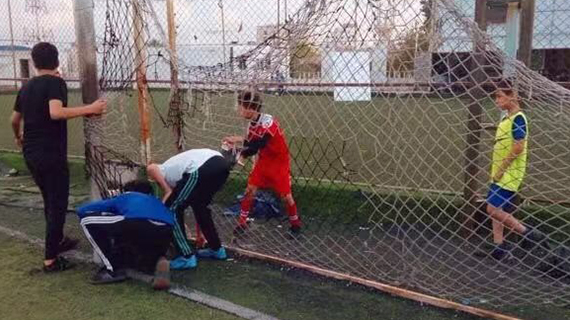 Champion School students fix a soccer goal and clean up a practice field. 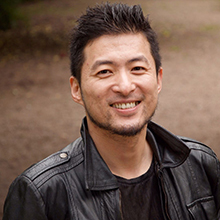 If you told me ten years ago that I would be running a non-profit school in a post-conflict country, I would have laughed out loud. At the time, I was working as a business representative for a commodity trading company, visiting clients and inspecting their coal mines.

Visiting one client, colleagues and I found several unbelievably young workers at several mines. Some of them looked even under 10 years old. The client admitted to us that the workers were indeed below the legal age to be working in the mines, but they were keeping it secret because, “what else can we do?”

The village had only one primary school with two teachers – one full-time, the other part-time. If somehow a child managed to graduate from this primary school and was able to enroll in a junior high and could afford it, the nearest one was in a town more than an hour away by tuk-tuk, a small three-wheeled motorcycle. The truth is, most children work on the coal mine from an early age and stay there the rest of their lives just like their parents.

Once I saw those young faces covered with coal dust I could not unsee them. After witnessing these young workers, I decided to quit my job, go back to college, and intern at a public defender’s office in Illinois, representing incarcerated juveniles. After that, I worked with underprivileged children in different countries before applying for and receiving a Rotary Peace Fellowship. One thing led to another, and now I have established and am running a non-profit school for marginalized children in Syria.

My fellowship at Uppsala University in Sweden was definitely a turning point for me. While I was helping organize the Rotary Peace Fellowship Alumni Association’s first Global Peace Conference, I met another peace fellow, Anne Kjær Bathel, whose dedication and systematic approach to improving the lives of marginalized groups inspired me. We worked together on an initial project to help homeless children in Syria. After receiving great advice, expertise, and support from Rotarians like Tore Samuelsson and Sten Ström, we launched Champion School.

Every day, I find that working with Champion School is a rewarding and humbling experience. I remember vividly receiving a call from our coach the afternoon of 21 October. We had planned our first class for the next day, so I thought he was going to tell me about his pre-class visits to students’ families, but instead he told me three bomb attacks had happened in the city and nobody had claimed responsibility yet. The next day we went to the students’ families promising that we would drive them to and from classes. Even so, only half of the students came.

Because of the limited availability of electricity in Syria, we would normally have our meetings at midnight. Fighter jets patrolled so low with their engines humming so loud that many times we had to pause our discussion until they passed. Still, we learned to joke and laugh about it.

During our fall semester 2020, we have had more than 40 students from six different ethnic and religious backgrounds. Before the Christmas break, we organized a special event for our students to participate in community services like cleaning the sport field and mending the public sports facilities. Through immersive programs like this, we inculcated the sense of public service in our students as future leaders in their communities.

After a very successful fall term, our 2021 spring semester is going to commence on Friday 15 January. We have formalized our Blue Bow program, a core commitment of ours since the start of this project to help homeless children fight against sexual exploitation and underage sex work.

We know our work is hard. But being a group of “distinguished optimists,” as our Children’s Program Advisor once called us, we believe we can do it. And so, we will.